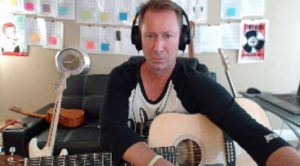 Currently Jeff is working diligently on his Classical, Jazz Chord Melody, Travis Picking and Flamenco playing. His interest in Flamenco will take him to Spain for extensive study of Cante and Baile accompaniment as well as solo flamenco playing.

Jeff’s students all benefit from his continued study of diverse styles. His teaching approach is a unique blend of standard notation, tablature transcriptions with rhythmic values, improvisation, traditional & modern theory, practice routines, improvisation, harmonic analysis and technique studies. Each student is taught to be inspired and how to enjoy the process of reaching their goals.